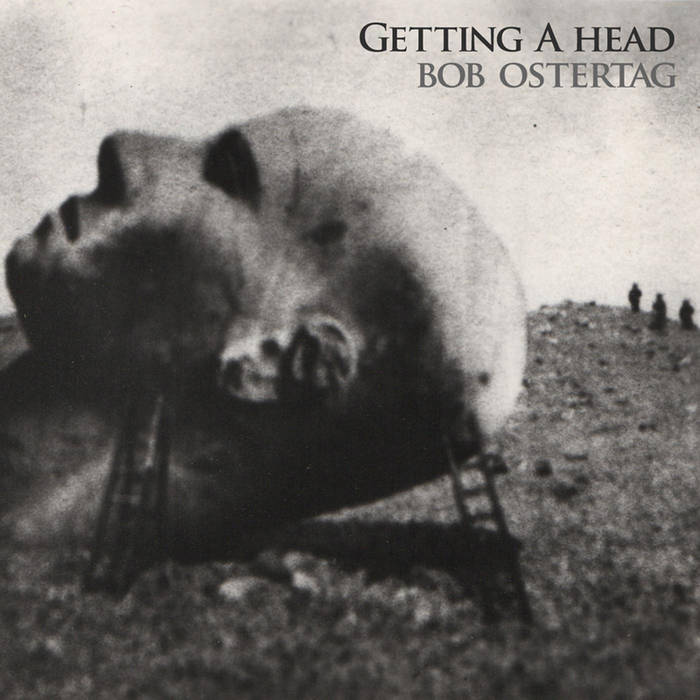 Before there was sampling, there was analog tape, and...

Seeland announces the re-issue of Bob Ostertag's Getting A Head, and underground classic of tape manipulation from before the days of samplers. Best known for his work with computers, here a young Ostertag plays an instrument consisting of a highly unstable and peculiar recording system, which uses helium balloons to hold up tape loops between three tape recorders made to malfunction in a variety of ways. The record marks one of the first, and to this day one of the only, times that tape manipulation techniques developed by the first generation of electronic composers for use in the studio were adapted for liver performance and improvisation. Ostertag uses this rather sculptural and bizarre contraption to manipulate the brilliant guitar playing of Fred Frith, and the elusive percussion work of Charles K. Noyes.

Originally released 21 years ago as an LP, the 1,000-copy run quickly disappeared into the abyss of the collectors item.

"One Side one of Getting A Head, the sounds move in short, almost breathless little impulses, always lively and alert. You know that Frith and Ostertag are listening to each other with strong, even crazed concentration (sometimes with manic glee too), never just fooling around or digging deeper ruts. Side Two is peaceful. The search for new sounds moves much more slowly, evolving in long, supple arcs made of smaller, more weirdly twisted parts; and in between there's enough time between the beginning of one event and the end of the next to enjoy some curiosity about what might be coming next. The high, insistently lyrical final episode is especially lovely.
-- Gregory Sandow, Village Voice, January 7, 1981

"Getting A Head is kissing cousins to Lou Reed's Metal Machine Music. True we have a tape loop here, but don't confuse this with Robert Fripp's small, intelligent, mobile unit. There are a lot more surprises here, and there is a vital interaction between the people running the decks and playing the instruments. Also, sides one and two are radically different, lacking the sameness of FRIPP's work and adding a good deal more 'hazard'. The result is a worthwhile balance of beautiful sounds and sensitive noise".
-- OP Magazine, 1981

"At its most intense, it assumes the proportions of electronic music, yet there are no synthesizer controls in site. Cascades of splintered guitar notes form the basis of a hyperactive and concentrated duet, both Frith and Ostertag drawing from an inexhaustible supply of musical and technical ideas".
-- City Limits (London) November 5