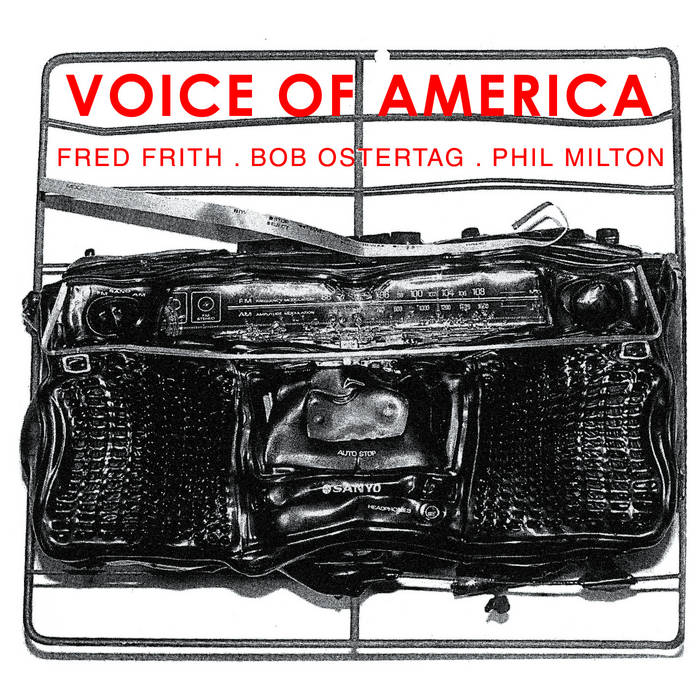 "It was the beginning of the 1980's and from my apartment on the Lower East Side of NYC, the world seemed to be going crazy.

Ronald Reagan was being sworn in as President of the United States, something that no longer shocks us now but at the time was nearly unthinkable. The hostages who had been held in the US Embassy in Tehran were coming home to a tumultuous welcome that would unleash a malignant wave of patriotism to sustain the country through the wars of the coming decade: El Salvador, Nicaragua, Angola, Mozambique, Grenada, Panama, the Persian Gulf, and more.

I had just returned from my first trip to Nicaragua, and was experiencing severe readjustment trauma. I turned on the TV and started taping. All you got that week-end was Reagan's inauguration, the hostages' return, game shows, and American football's Superbowl, a once-a-year extravaganza showcasing everything that is macho and ugly in the culture.

Fred Frith had just come to NYC and I had a concert with him that night. Without discussing it with Fred, I took my TV tapes, as well as others I had brought back from Central America, and played them through my synthesizer during the gig. The result was Voice of America Part 1.

I was happy enough with the results that I worked on developing my cassette set-up further. This was before the days of samplers, or even affordable digital delays. I assembled a series of cheap cassette recorders, each modified to malfunction in a particular way. I also had a stack of looped cassettes of various lengths from telephone answering machines which I used to do live "sampling", then manipulated by playing them back on the screwed-up tape decks.

A few months later Fred and I were in London for a concert. Moments before going on, my synthesizer was destroyed in a technical mishap. I was left with my cassette set-up and a contact mic I either kept between my teeth or used to amplify various toys. Fred had brought only a piece of wood with a few screws at either end and guitar strings strung between them. With my synthesizer still smoking, we hastily recruited Phil Minton out of his seat in the audience and without any time for discussion began the set that became Voice of America Part 2.

That was my last concert for nearly a decade. I left music entirely and became a full-time writer and organizer around Central American issues. Fred settled in NYC and began an extremely fertile ten-year interaction with the music scene there.

As the 1980s wore on, rappers and others developed a whole new form of music out of sampled fragments of politically charged media clips.

But this was before that. It was the beginning of the 1980's and from my apartment on the Lower East Side of NYC, the world seemed to be going crazy."

To learn more about Bob Ostertag, just put his name into Google.