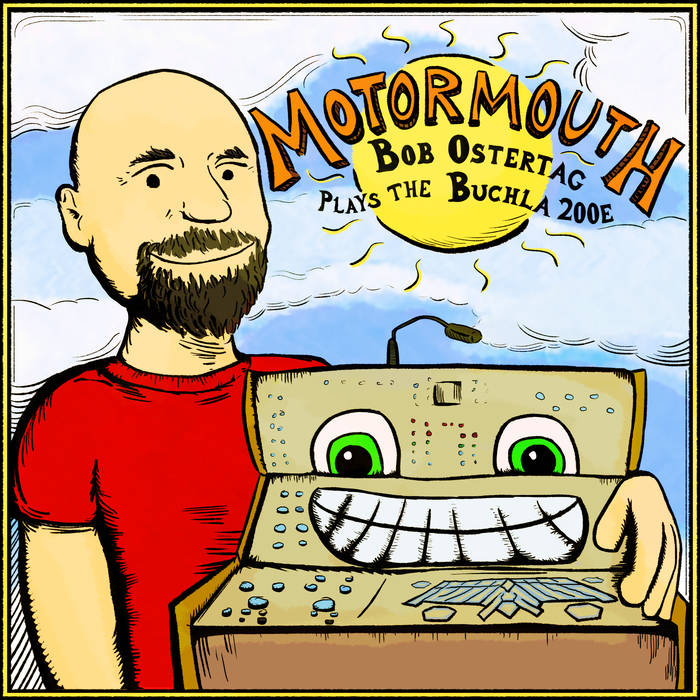 gidouille I'd previously downloaded this from CD Baby,without realizing they'd changed their policy and were no longer offering lossless files, Nevertheless I grew to love Ostertag's singular approach to the Buchla, and am thrilled to hear it at last in all its intended glory.

I first started playing a Buchla 200 at the Oberlin Conservatory in 1976 at the age of 19. Two years later I built a Serge synthesizer and dropped out of school to tour with Anthony Braxton. I then settled in New York City where I was part of the "downtown music improvisation scene," playing often with John Zorn, Eugene Chadbourne, Fred Frith, Toshinori Kondo, and others. Designed by Russian music prodigy Serge Tcherepnin, the Serge synthesizer was similar to a Buchla, but less expensive because it came as a kit which the buyer had to the assemble.

At the time, modular synthesizers were considered studio devices, so the fact that I was taking one on stage and attempting to improvise with it at the frenetic pace and turn-on-a-dime style that was just then emerging from the NYC underground meant that I was off on a tangent all my own. My work with the Serge in the 1970s and early 1980 can be heard on these recordings:
Anthony Braxton: Creative Orchestra (Koln) (1978)
Eugene Chadbourne: The English Channel (1978)
John Zorn: The Parachute Years (1977-1981)
Fall Mountain: Early Fall. (1979)
Bob Ostertag/Fred Frith/Phil Minton: Voice of America (1982)

In the 1980s, modular analog synthesizers were displaced by MIDI devices, which were themselves in turn displaced by laptops another decade after that. But recently a fairly random set of circumstances converged in a surprising way, with the result that a Buchla 200e appeared in my studio for a couple of months, and the present recording is the result.

After hardly thinking about the old modular, patch cord based synthesizers for 30 years, my renewed encounter with the Buchla has been provocative. Playing a modular synthesizer like the 200e requires that one think about music in a very particular way. Essentially, one has to think geometrically: each module generates certain shapes, and then you make the music by overlaying shapes in different ways. It is a very different experience from working with notation on paper, timelines on screens, icons on laptops, or keyboards.

These tracks can "stand alone" as completed musical works, but I can also easily imagine that they might be useful as base tracks for others to build upon. I strongly encourage anyone interested in experimenting in that direction to do so. One artist who goes by the name Rrose has already released a record on the Sandwell District label that he created using my Buchla tracks as starter material. Hopefully, there will be more.

Like all my work, this music is available for free under a Creative Commons Attribution 3.0 license. You are free to download, copy, send to your friends, and mix and mangle, or throw in the trash. If you do use these tracks in your own work, please note where they came from.

Finally, many many thanks to Don Buchla and Buchla & Associates, as well as the Music Department of the University of California at Davis.

Thanks to Thomas DiMuzio for mastering "Motormouth," and to Rrose his feedback and encouragement.

Cover art and design by Alex Culang.
All of Bob Ostertag's many recordings can be downloaded for free at bobostertag.com.

Don Buchla's instruments can be found at buchla.com.